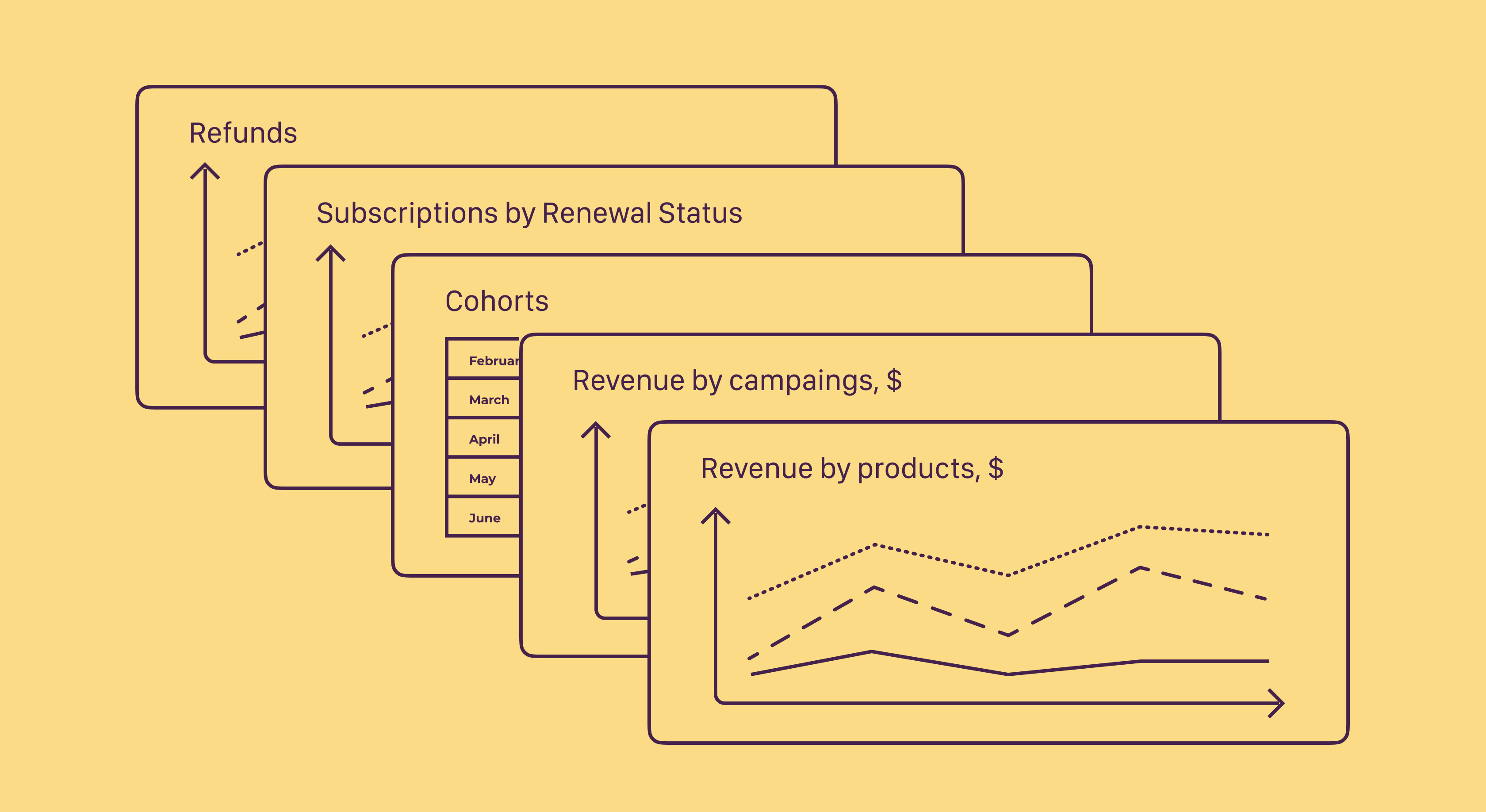 In subscription economy analytics, there are generally accepted metrics: revenue, MRR (monthly recurring revenue), ARR (annual recurring revenue), and the total number of subscribers. These parameters are the core of app analytics and can always be found in the billing system of the provider, for example, in App Store Connect or Google Play Console. But they are not enough for proper monitoring of the status of your app. Below, I will describe some advanced mobile sales metrics. Try them and see how useful they are to evaluate the health of your product economy.

The financial model of subscriptions is built on renewals. A total revenue graph or some other general metric is unlikely to be helpful when you want to see how it works, because you can't assess the "long tail" of subscribers.

Let's take a look at the app's revenue graph:

It seems that the app performed well in April, then something went wrong, but in May the growth resumed. Looks like a victory! But to understand these changes better and plan the revenue, let’s see what’s hidden here:

In this example, we see that at an early stage in April almost all the money came from activations. This means that the app generated revenue mostly from first charges, not renewals, and in this case the retention of subscribers was low. It usually might happen when an app is fresh and has annual subscriptions.

So this model could work if it wasn’t for the digression of the first subscriptions. We see it in the picture as a decreasing light orange chart. Was it because of marketing budget limitations, a seasonal effect, or the impact of a new competitor on the market? The reasons may vary. But let’s see why the revenue resumed its growth despite the activations decrease, and analyze if it’s a positive sign.

Well, it’s easy to see that the source of money for the app changed. Instead of only new activations, the renewals added a significant part and boosted the total revenue. The 2nd renewals (blue area) grew in May and became almost half as profitable as activations. The 3rd, 4th, and 5th renewals also grew, though the most remarkable is probably 6th+ renewals which appeared and showed the level of loyal community of the app.

If the trend remains the same this picture seems to be not that good in perspective. Taking the conversion rate for the app as an approximate constant and awaiting the decrease or the same level of activations, we may count on the fewer number of 2nd renewals in the next period from fewer activations in May. So the blue area will be smaller and won’t be able to save our economy if we don’t pay attention to the activation acquisition.

Now you can see how this app grew further focusing on new activations. You may notice that in our pessimistic forecast we didn’t count the impact from the 2nd renewals blue area that was in May. Anyway, you see that this tail isn’t enough to stop the acquisition and retire. Just to plan a vacation maybe ;)

#2 Metrics broken down by marketing attribution

​​Marketing attribution means assigning a user to a specific traffic channel. Thanks to this, you can see which channel, ad campaign, or ads the user came from. Attribution used to work great on iOS, but with the App Tracking Transparencydeprecation and the introduction of SKAD, things have gotten more complicated. Most of the traffic, other than Apple Search Ads, is attributed to organics (i.e. has no attribution), which means there is no user-level attribution anymore, unless the user has agreed to the tracking.

However, although individual users can’t be attributed to a certain channel, it’s still possible to look at the traffic distribution over channels.

By splitting mobile application metrics by attribution, you may specify which tactic is relevant for each marketing channel, campaign, or even keyword, and therefore, gain more.

For instance, when you test a new creative approach on Facebook you want to see if it increases the amount of money you earn. Tracking the attributed traffic from Facebook instead of the total, you will check the results of your experiment.

#3 Cohort analysis by installs instead of purchases

Cohort analysis allows one to analyze groups of users (cohorts) united by a certain trait. Using it, you can see the changes in the group over time, like churn rate, retention rate, and revenue generated by these users. Analyzing the data of each group separately allows us to see clear dependencies, as all the users of the group are under the same conditions.

We recommend building cohorts by installs instead of purchases, because the common goal of buying traffic is installations. Even if your ads purchasing model is paying for clicks or views, installs will be the last point of the acquisition process when the traffic becomes the app users.

So, by building cohorts based on installs, you can easily tell if the cost of the customer acquisition pays off. Let’s see how to work with cohorts analytics avoiding complicated mathematical operations and abstracts.

On the chart above the rows correspond to the cohorts of users, who installed the app in a certain month. R2 is the month of the 2nd subscription, R3 stands for the 3rd subscription, etc. As a result, by columns, you can see the dynamics of how users are paying and unsubscribing from month to month. Moreover, in the last column, there is the sum earned by each cohort in total. A system like this allows us to estimate how much money the cohort will bring in the future and whether it will be profitable. Comparing the acquisition cost for a particular period with the result of a long tail for the consequent cohort, you can see the associated return on investments.

Auto-renewal indicates if the user will renew the subscription in the next billing period. Why active renewals and not just active subscriptions may be an informative target metric? The problem is that the user, who canceled the subscription, is still considered active till the end of the paid period. This status is true formally but in perspective, may bring an unpleasant surprise of unexpected churn. So, if in this case, the data on the active subscriptions can be misleading, how may the auto-renewals help?

On the charts below, the users are broken down by their renewal status. Even visually comparing the share of the disabled renewals, you can easily see the difference in the two selected periods:

The percentage of users with active renewal status will help you see how much money you'll get in the next billing period.

The high unsubscription rate, like 20% on the chart above, is a signal to go deeper into the product and analytics. It might be useful to see if there is a correlation between the marketing channel and the churn rate. If there is no correlation, the reason could lie in the product itself. And this is a good start for new hypotheses to be checked. You may try customer interviews or other research methods, implement significant changes and see how the auto-renewal level will be influenced.

A similar breakdown can be done for the users who are in the free trial period.

Speaking about mobile app metrics, we normally look at both positive aspects, such as subscription renewals, and negative, like churn, as both sides of the same process. Let’s take a look now at the outstanding negative scenario. What can be worse than losing a subscriber? Maybe, losing one with a refund. A subscriber can request a refund for a subscription anytime, even after 364 days of using an annual product. A developer is not able to decide whether to agree to the refund or not, because this process is managed by Apple.

Nevertheless, even having Apple as a “black box” decision maker, one can suppose that the approved refunds may have some small percentage of disputable cases, but most of them usually have real reasons reflecting the difference between the awaited product value and the actual one.

Why is it important to track refunds?

The main thing to keep an eye on is the ratio of refunds to purchases. You’d better get vigilant if there are more than 10% of refunds. The app with a 30% refund rate can be removed from the App Store.

So it gets clear that refunds may be a critical metric for a mobile app. Of course, the wider the audience you reach, the more refunds will occur, so you shouldn’t panic when the absolute amount rises while your app grows. But your regular analytics might better include the percentage of refunds as an alarm sign of product troubles.

Millions of mobile applications deliver value to the users all around the world. Use selected analytics to get closer to the customers' wishes and provide popular products that will earn more. In my opinion, these are the top metrics to pay attention to if you want your mobile economy to grow healthy. But still bear in mind that depending on the specifics of the app and the business, they can be expanded or slightly different. 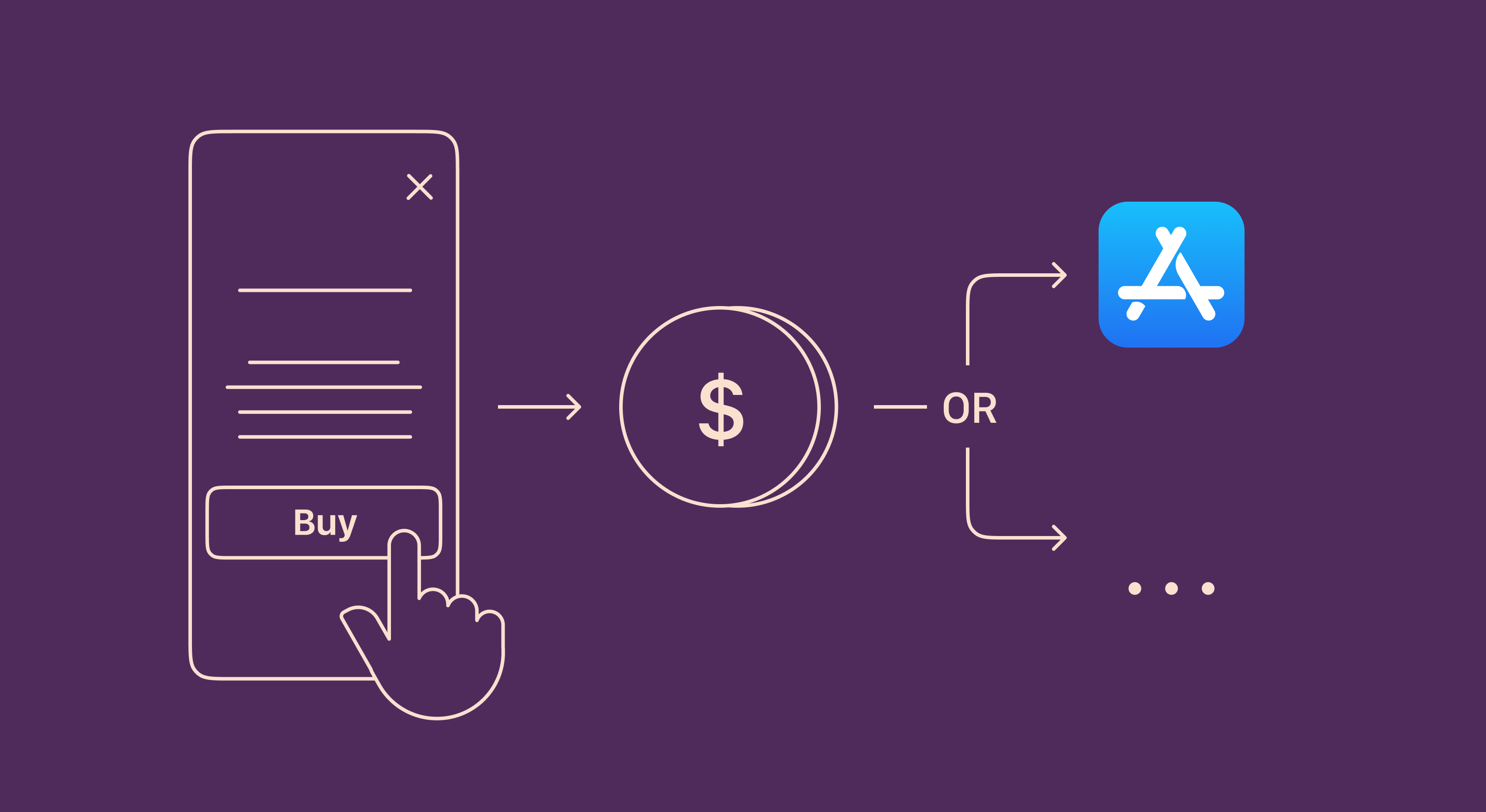 Trends & insights
Are 3rd-party payments in iOS apps as beneficial as they seem?
October 7, 2021
6 min read 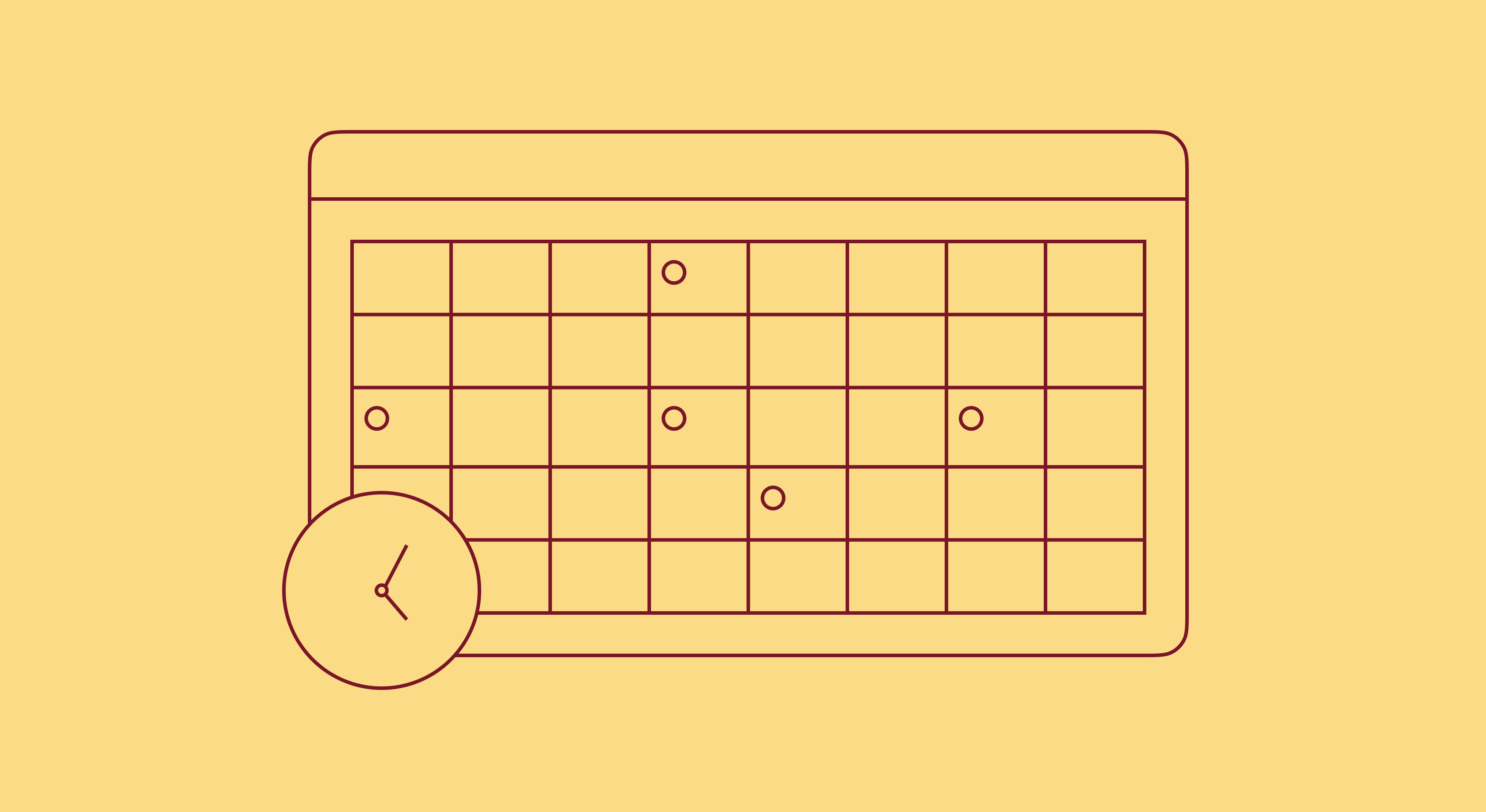 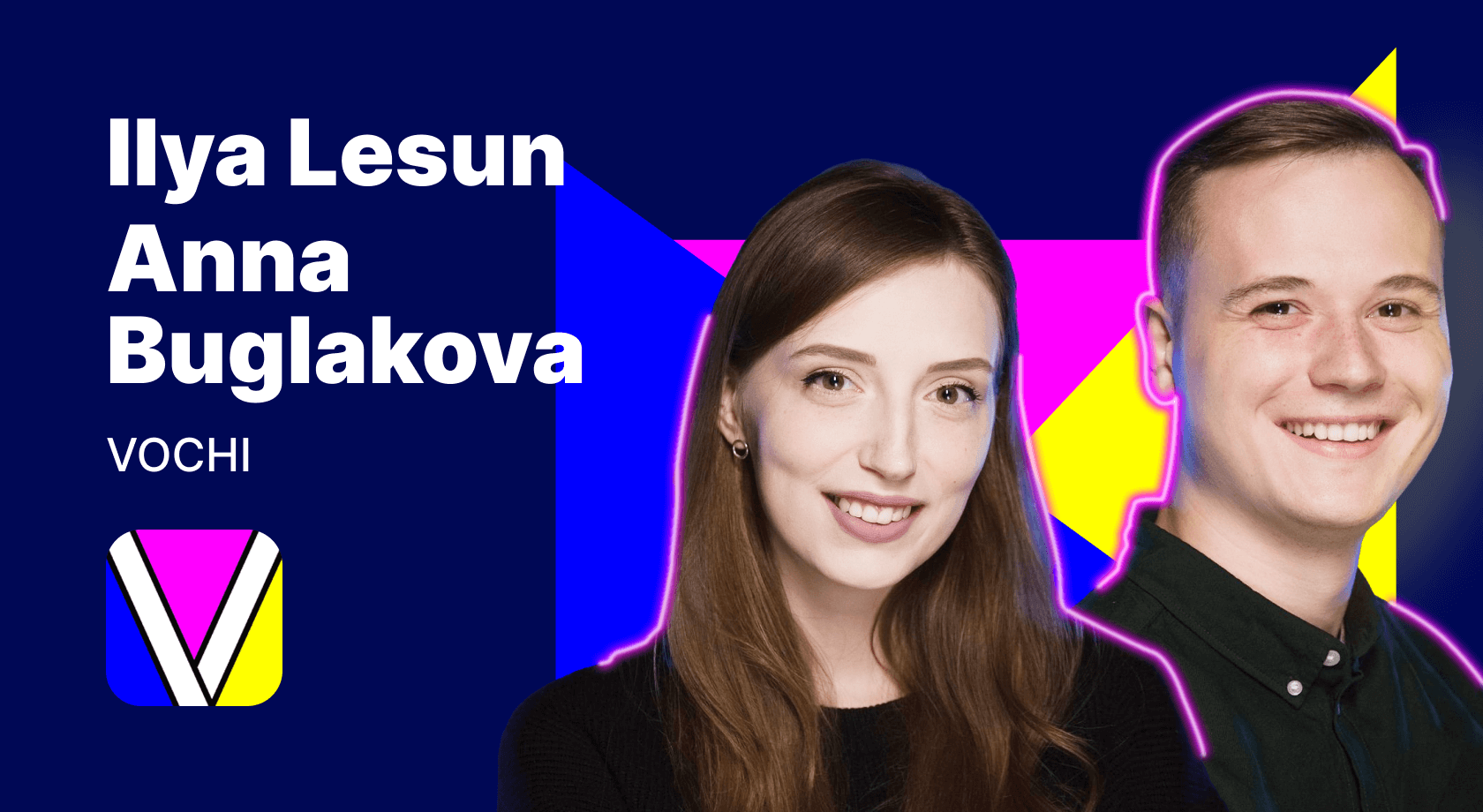 Podcast
How the app that was sold to Pinterest is made
January 5, 2022
51 min listen