How Moonly bootstrapped from $0 to $2.45M ARR with Adapty Born in the pandemic

In March 2020, the whole world seemed to have stopped because of the new illness: people were trapped in their homes, businesses were closing down, and governments were trying to cope with new circumstances. It was the time when Olga Ramora and Vitaly Urban launched their app called Moonly. To get their business started, Olga sold her new apartment and invested the money into launching the app. Moonly is a spiritual wellness app that features: meditation techniques, taro, runes, lunar calendar, and affirmations.

Moonly integrated Adapty soon after the launch of their app, when they started to contemplate on monetizing it with in-app purchases. Initially, Adapty served as an infrastructure for subscriptions integration, but now it’s a tool for revenue growth. This way Adapty supported Moonly all the way from $0 to $2.45M ARR.

Moonly started on a tight budget. The development team worked on credit – they already knew the founders and trusted them. Olga designed the first iteration of the app herself – before launching the business, she worked as an art director.

Development of their own payment-processing infrastructure would have taken several months: they would have had to write their own server code for validating purchases, integrate analytics and other services, and take into account different currencies, time zones, billing issues, and refunds. Such a waste of resources would have been unreasonable when Adapty had everything they needed to integrate subscriptions in the application. They integrated it in a week and began to get monetized.

From the very first payments, the team started to receive accurate data on the geography of subscriptions, the growth of the customer base, the revenue structure by product, subscription renewals, cancellations, etc. This way, with the help of Adapty, Moonly could assess the app’s economy on the whole and figure out the ways for further business development. 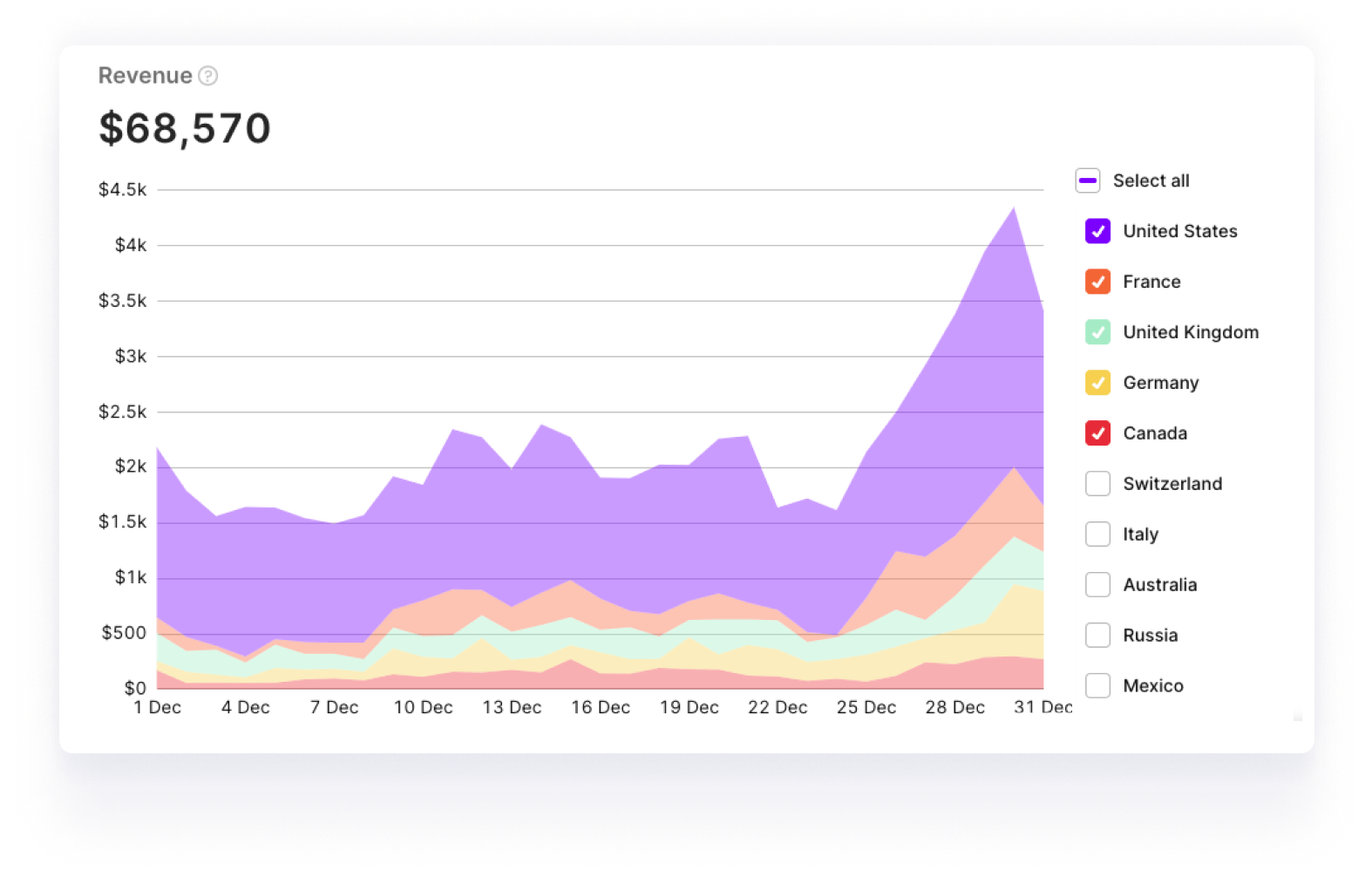 They started to grow their revenue with never-ending experiments

Traffic increase made it clear that there was a need for scaling. The company’s head of growth Anton created the process of constant experimentation. The team tests all the elements of each stage of the funnel:

The team is constantly developing hypotheses, running tests, and processing the results. The process is facilitated by weekly meetings on experiments, a kanban board for tests with ready-made templates for different tasks, and a separate Slack channel.

Analysts pay special attention to the paywall tests, as they directly affect monetization. On the paywalls, they usually test: One of the experiments yielded 47% revenue increase

The first paywall, that is shown to the user right after the onboarding, usually brings about 80% of all subscriptions. That’s why testing the first paywall brings the most significant results.

When Moonly analysts were testing prices on the first paywall, they noticed that the price increase lowered the conversion rate. The users were not willing to buy the subscription above a certain price without having tried the app. So they decided to add the trial period. But they only added it to one product on the paywall – annual subscription.

This is how the test looked: This test yielded significant results for the app’s economy.

First of all, the paywall’s conversion rate increased by 39% overall.

Secondly, the users began to choose the annual subscription more often than the other options, as the trial made it look safer. Such redistribution of purchases resulted in an 5% increase in ARPPU.

The improvement of these two metrics resulted in a 47% increase in revenue per 100 installs.

Moonly is successfully growing and getting new users. In 2021, Moonly's ARR was $2.45M: 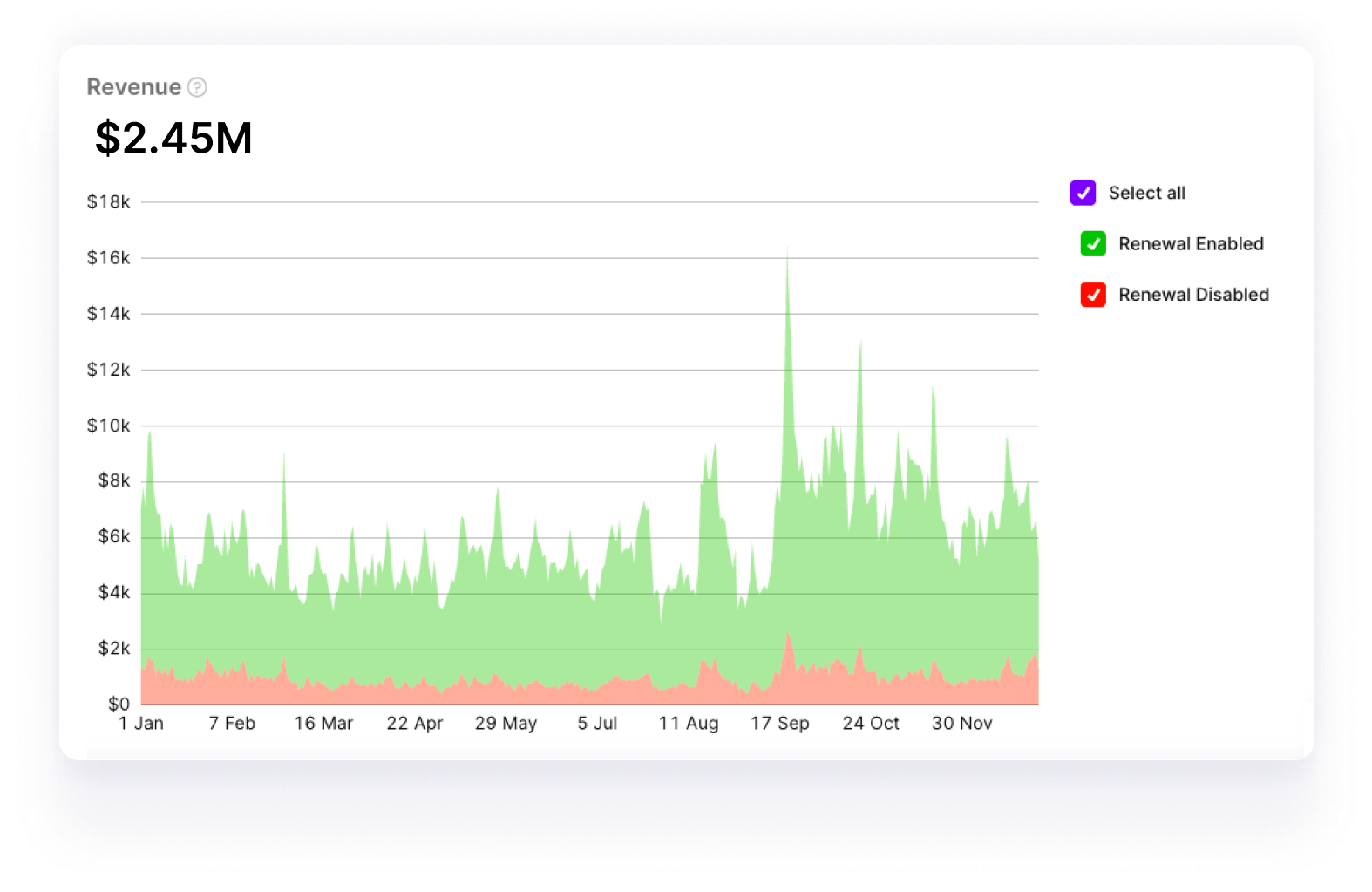 From the first subscriptions to the million dollar app

Social Kit doubled its MRR with A/B testing for paywalls